A Brief History of the Sherborne Historic Vehicle Rally (HVR)

The Historic Vehicle Rally has its origin in the Cavalcade of Motoring which was first held at Sherborne Castle in 1972, organised by Yeovil Car Club.  In 1976, when it moved to Barwick Park in Yeovil and was renamed as the Yeovil Festival of Transport, members of the Sherborne Carnival Committee saw that there was a major gap in Sherborne’s diary and decided to launch a motoring rally at the Sherborne School Courts in 1974.

It is true to say that the Historic Vehicle Rally as it is now known has become an institution in Sherborne and continues to be run by a committee (chaired by Brian Chant) of members of the Castles Club now that the Sherborne Club has closed.

The event is open to pre-1980 cars and motorcycles and attracts Veteran and Vintage vehicles all the way to Classic 60s cars and Classic 70 s motorcycles.  Unusually it includes an optional Road Run of about 30 miles before the Concours judging in the afternoon. 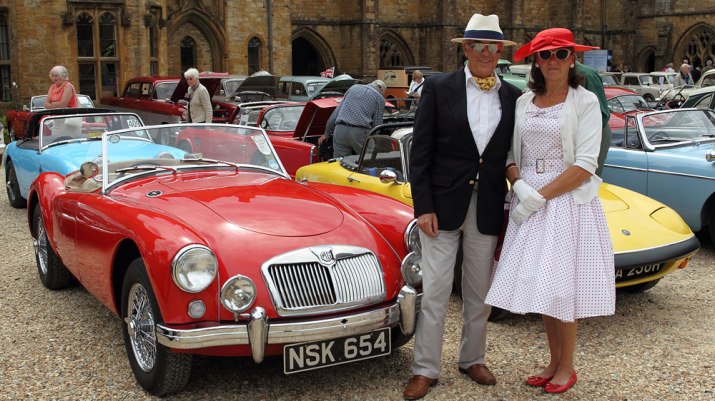 We are blessed with generous sponsors and each year a suitable local charity or good cause is chosen to be the main beneficiary of any surplus from the event.  Since 1994 approximately £65,000 has been donated to these causes.